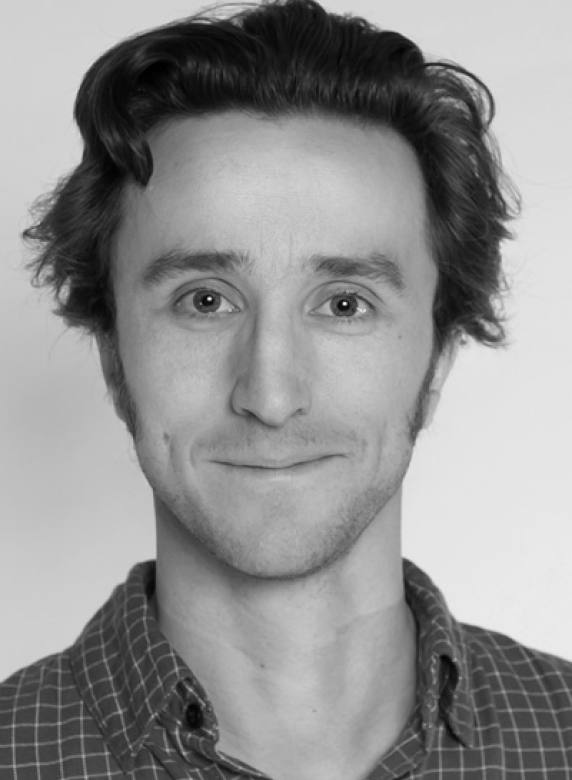 Olivier was one of those kids who started pounding on things as soon as he was old enough to hold a stick. He rocked his way through his teen years, then expanded his horizons with studies in classical percussion at cegep. Continuing to cultivate his left and right brain, he took jazz drumming in university, becoming more and more mentally ambidextrous in the process. He then dove head first into circus, more specifically clowning, a decision that would leave an indelible mark on the rest of his career. He has been creating music and soundscapes with unusual objects for a long time, integrating his art into all kinds of shows for multiple theatre companies.

Olivier founded his own company, Théâtre À Tempo, with which he has performed more than 1,500 shows. The company’s creations are a whimsical mix of Olivier’s different passions— music, percussion, movement, theatre, and the intense silliness of clowning—and he has won a number of prizes for his work. He was officially diagnosed with a terrible disease: the obsession of scavenging for ANYTHING that can produce sounds. From whoopie cushions and rattles to horns of every kind, he has amassed a collection of over 1,000 objects. For ten years now, he has been trying to cure himself of his condition with a remedy called body percussion. Despite frequent relapses, he showed good progress at the four most recent editions of the International Body Music Festival in Istanbul, San Francisco, Bali and Paris.

From all-terrain drums and percussion to the musical manipulation of objects, theatre, circus and especially clowning, he will always find a way to use his own body to create rhythme.